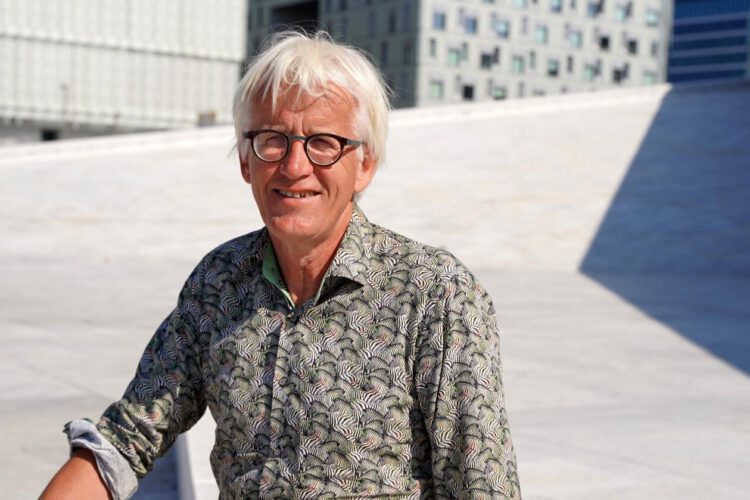 Hereby an article what recently has been published in the Norwegian journal Nationen.

Pieter Helfferich has lived a life in and around Dutch agriculture. He believes the authorities see the nitrogen crisis far too narrowly and negatively.

Oslo. Pieter Helfferich is enjoying the late summer on holiday in Norway. The Dutchman has worked for over 30 years with agriculture in the Netherlands and in other European countries. Now he assists farmers in developing their businesses.

He himself grew up on a dairy farm.

He meets Nationen at a café in the center of Oslo, with a view of the Opera House and the sea. The book with sights in the Norwegian capital is on the table next to the cup of cappuccino.

Helfferich has taken a couple of hours off from his holiday to talk about agriculture in the Netherlands.

That is Helfferich’s answer to the question about the lack of involvement of farmers in the process that has set Dutch politics on fire. Before the summer, the authorities launched their plan to cut nitrogen emissions.

The plan means a landslide of farmers, and billions upon billions will disappear, only to get rid of the farmers, the animals and the nitrogen emissions.

– It’s so stupid. There is already so much uncertainty for these farmers over several years. Then they come up with this map, says Helfferich.

He talks about a map of the Netherlands that shows where the most cuts are to be made. It varies greatly from region to region, from province to province. The cuts are greatest in the areas near the nature parks, which in EU language are called Natura 2000 areas.

– When they came up with this map and launched the plans to cut 50 per cent by 2030, they lost confidence from the farmers. It is a very complex situation. The main question is how to find a financial model that is comprehensive enough within the EU.

Nature consists of more than nitrogen
Helfferich believes his home country has been given tunnel vision on nitrogen, and that they must look at agriculture in a much broader way. What will tomorrow’s agriculture in the Netherlands look like? How can agriculture be created in harmony with nature?

– They only focus on nitrogen, but it is much more than nitrogen that affects the plants. It is also about how you handle nature.

– We should not only discuss nitrogen, but also CO2 and water issues. We also have to talk about what kind of nature we want to have. Sometimes we are talking about nature areas of only 10 hectares, where major measures have to be taken around them. Why not close it down as a nature reserve, and rather make another nature area bigger? We cannot do that within the EU, says Helfferich.

He believes it is necessary to form a bigger picture in order to safeguard nature.

– In my opinion, the discussion is too narrowly focused on nitrogen. If the goal is nature quality, stabilization and improvement, then there are several factors to look at if you want to reach the goal.

The agricultural expert is concerned that there is an ulterior motive that the main goal is to reduce agriculture and the number of livestock in the country.

– There are voices in the Netherlands who have strong wishes to reduce agriculture and the number of animals.

In 2021, Dutch agriculture exported over 100 billion euros, according to a report by Wageningen Universtitet and the Central Bureau voor de Statistiek (CBS).

About 70 percent of exports go to EU countries, of which Germany is the largest importer. This is followed by other neighboring countries such as Belgium, France and Great Britain.

In terms of value, the product groups that made up the largest exports were in the following order: Production of flowers and ornamental plants, meat, dairy products/eggs, vegetables and fruit.

The Netherlands is world-renowned for its agriculture sector, and throughout the decades after the Second World War there has been an emphasis on efficient, high-tech and intensive food production. This has led to the country becoming the world’s second largest exporter of agricultural goods, measured in value. Only the USA is bigger.

Now many farmers are suffering from the development that has been put in place for them for a number of years.

– It has been 70 years with this strategy, and now they say that what you are doing is wrong. There is a very negative view of agriculture, says Helfferich

In recent years, there have been several difficulties for Dutch farmers, among other things they had to buy quotas for the emission of phosphate, an upper limit for their emissions. Now it is nitrogen’s turn. This has resulted in little predictability for farmers.

– There has been uncertainty, uncertainty and uncertainty. How can you then lay out a strategy for your farm for the future?

Nationen columnist and author Kari Gåsvatn recently called the situation in the Netherlands “the failure of industrial agriculture” in an article in Nationen. She describes a situation where the authorities have laid down guidelines for farmers to become larger and more intensive, and that now comes the backlash.

– When farmers have pushed the land, the animals and themselves to the limit, the authorities issue a counter-notice: You cannot operate like this. The landscapes are overloaded, there are far too many animals and too large crops. Farmers are deprived of their livelihood and life’s work with the stroke of a political pen, writes Gåsvatn.

Gåsvatn advocates that one can learn from those who have chosen a different direction and operated in a different way than what has been the country’s official policy.

– Fortunately, many are now opting out of the capital-intensive, so-called efficient, productive model and instead grow food on nature’s terms. They are the ones we can learn from, she writes.

– The consequences are enormous
Helfferich believes that this situation could have been used to create a vision of the future and a climate-friendly and circular direction for Dutch agriculture. If the authorities had involved the farmers in treading a new path for agriculture, the result could be far more fruitful.

– They hit with the stick instead of luring with a carrot, says Helfferich.

– The real discussion must focus on what kind of agriculture we want. There are good technological solutions under development, he adds.

Helfferich believes the authorities’ strategy will have greater consequences than expected. He believes that the entire value chain will feel the proposals for cuts.

He advocates a comprehensive review of what Dutch food production should be in the future.

– We need a broader vision that sees the entire value chain. Including the producers, including the retailers, including the consumers. It may allow the Netherlands to become a role model again, but it is very difficult. Focusing only on nitrogen is, for me, very wrong.